Kyle Field is a college football stadium located on the campus of Texas A&M University in College Station.

Kyle Field has been the home os the Texas A&M Aggies football team since 1904 and is also the the home of the 12th Man.

With a capacity of more than 100,000, TAMU officials have speculated about expansion plans for Kyle Field which could boost capacity to 115,000 with the addition of south endzone wraparound seating. 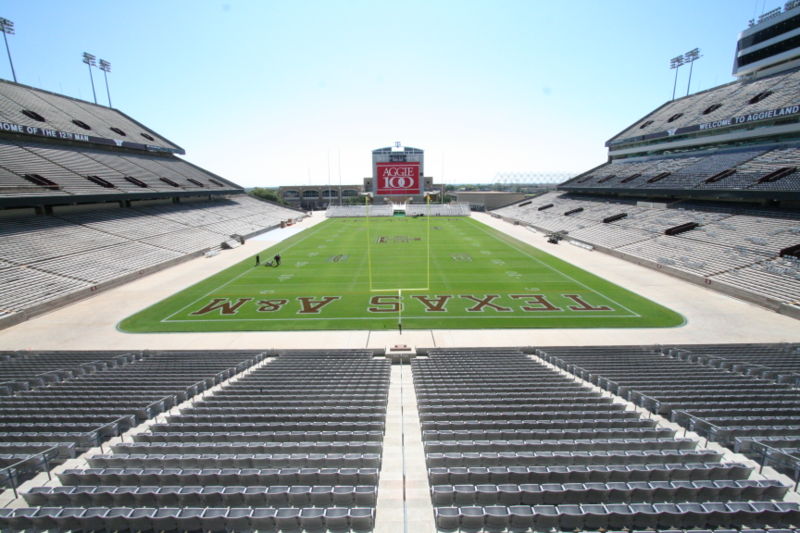 In the fall of 1904, Edwin Kyle, an 1899 graduate of Texas A&M, was named president of the General Athletics Association.

Kyle wanted to secure and develop an athletic field to promote the school’s athletics. Kyle fenced off a section of the southeast corner of the A&M campus that had been assigned for agricultural use.

Using his own money, he purchased a covered grandstand and built wooden bleachers to raise the seating capacity to 500 people.

In 1921, the November game between the Texas A&M Aggies and the University of Texas at Kyle Field became the first college football game to offer a live, play-by-play broadcast.

Members of the SEC